He was brought to the village of Ul Arc by the great hero Abrahm when he was a child and was raised there for 10 years by a young woman named Masa. Masa loved Ales as a son and, as he got older, as a brother and protector. To Ales, Masa is, was, and will always be Mom. One fine day, Masa performs a ritual at the village shrine where she offers herself as a sacrifice to the flame oracle. Just as she is about to be burnt to a crisp, Ales defiantly steps in and stops the oracle. This makes the already fiery oracle even angrier, and though Masa and Ales live, Masa is now marked for death, and there is no telling when she'll die.

Her final request is that Ales go find a woman named Will--The Song of God and give her a cryptic message. So Ales' initial quest is to find Will and hopefully save Masa. The quest later evolves into something more epic as Ales travels the continent, meets a whole slew of interesting people, and learns of startling revelations. Ales' story possesses drama, action, flights of fancy, and a colorful cast of characters. However, the story is not without a few stumbling blocks.

Though the supporting cast is quite colorful, Ales is a fairly typical RPG style hero driven by somewhat blind justice. He can also be rather dense at times. Ales' tale is shorter than Kasumi's tale 10 chapters as opposed to 13 and it doesn't quite work for the better. The first half of Ales' tale is a tad slowly paced with loads of exposition. The second half of the tale has more stuff happening, but the events feel rushed and conflicts seem to come to resolution too quickly. The story is also a tad predictable, save for the sucker-punch ending.


In general, though Ales' story is good, I found Kasumi's tale much more intriguing. Kasumi was a more dynamic and interesting protagonist with a more dynamic and interesting tale. Since all three volumes of Exodus Guilty were released as one game in Japan, the graphics, sound, and gameplay of the US Volume 2 are unchanged from Volume 1. In a nutshell, the graphics are great, the music is good, but the gameplay is practically nonexistent.

The graphics consist mostly of highly detailed anime still portraits on top of lush, colorful backdrops, which is standard for the genre.

Occasionally there are stills of scenes shot from more dynamic camera angles and even a few animated cutscenes. The anime portraits have great detailing, crispness, and that lovely sheen I like in anime characters. There is also that bit style hand drawn overland map that comes up when Ales changes locations. It gets the job done and allows me to see where locations are in relation to each other. Now finally out of his comfort zone the Hero is confronted with an ever more difficult series of challenges that test him in a variety of ways.

Obstacles are thrown across his path; whether they be physical hurdles or people bent on thwarting his progress, the Hero must overcome each challenge he is presented with on the journey towards his ultimate goal. The Hero needs to find out who can be trusted and who can't. He may earn allies and meet enemies who will, each in their own way, help prepare him for the greater ordeals yet to come. The inmost cave may represent many things in the Hero's story such as an actual location in which lies a terrible danger or an inner conflict which up until now the Hero has not had to face.

As the Hero approaches the cave he must make final preparations before taking that final leap into the great unknown. At the threshold to the inmost cave the Hero may once again face some of the doubts and fears that first surfaced upon his call to adventure. He may need some time to reflect upon his journey and the treacherous road ahead in order to find the courage to continue. This brief respite helps the audience understand the magnitude of the ordeal that awaits the Hero and escalates the tension in anticipation of his ultimate test. The Supreme Ordeal may be a dangerous physical test or a deep inner crisis that the Hero must face in order to survive or for the world in which the Hero lives to continue to exist.

Whether it be facing his greatest fear or most deadly foe, the Hero must draw upon all of his skills and his experiences gathered upon the path to the inmost cave in order to overcome his most difficulty challenge. Only through some form of "death" can the Hero be reborn, experiencing a metaphorical resurrection that somehow grants him greater power or insight necessary in order to fulfill his destiny or reach his journey's end. This is the high-point of the Hero's story and where everything he holds dear is put on the line.

If he fails, he will either die or life as he knows it will never be the same again. After defeating the enemy, surviving death and finally overcoming his greatest personal challenge, the Hero is ultimately transformed into a new state, emerging from battle as a stronger person and often with a prize. The Reward may come in many forms: an object of great importance or power, a secret, greater knowledge or insight, or even reconciliation with a loved one or ally. Whatever the treasure, which may well facilitate his return to the Ordinary World, the Hero must quickly put celebrations aside and prepare for the last leg of his journey.

This stage in the Hero's journey represents a reverse echo of the Call to Adventure in which the Hero had to cross the first threshold.

Now he must return home with his reward but this time the anticipation of danger is replaced with that of acclaim and perhaps vindication, absolution or even exoneration. But the Hero's journey is not yet over and he may still need one last push back into the Ordinary World. The moment before the Hero finally commits to the last stage of his journey may be a moment in which he must choose between his own personal objective and that of a Higher Cause.

This is the climax in which the Hero must have his final and most dangerous encounter with death. The final battle also represents something far greater than the Hero's own existence with its outcome having far-reaching consequences to his Ordinary World and the lives of those he left behind. If he fails, others will suffer and this not only places more weight upon his shoulders but in a movie, grips the audience so that they too feel part of the conflict and share the Hero's hopes, fears and trepidation. Ultimately the Hero will succeed, destroy his enemy and emerge from battle cleansed and reborn.

This is the final stage of the Hero's journey in which he returns home to his Ordinary World a changed man. He will have grown as a person, learned many things, faced many terrible dangers and even death but now looks forward to the start of a new life.

The 12 Stages of The Hero's Journey

His return may bring fresh hope to those he left behind, a direct solution to their problems or perhaps a new perspective for everyone to consider. The final reward that he obtains may be literal or metaphoric. It could be a cause for celebration, self-realization or an end to strife, but whatever it is it represents three things: change, success and proof of his journey. The return home also signals the need for resolution for the story's other key players. The Hero's doubters will be ostracized, his enemies punished and his allies rewarded. The Egyptians you see today you will never see again.

Tell the Israelites to move on. And I will gain glory through Pharaoh and all his army, through his chariots and his horsemen. Throughout the night the cloud brought darkness to the one side and light to the other side; so neither went near the other all night long. The Lord is fighting for them against Egypt. The Egyptians were fleeing toward [ c ] it, and the Lord swept them into the sea.


Not one of them survived. All rights reserved worldwide. 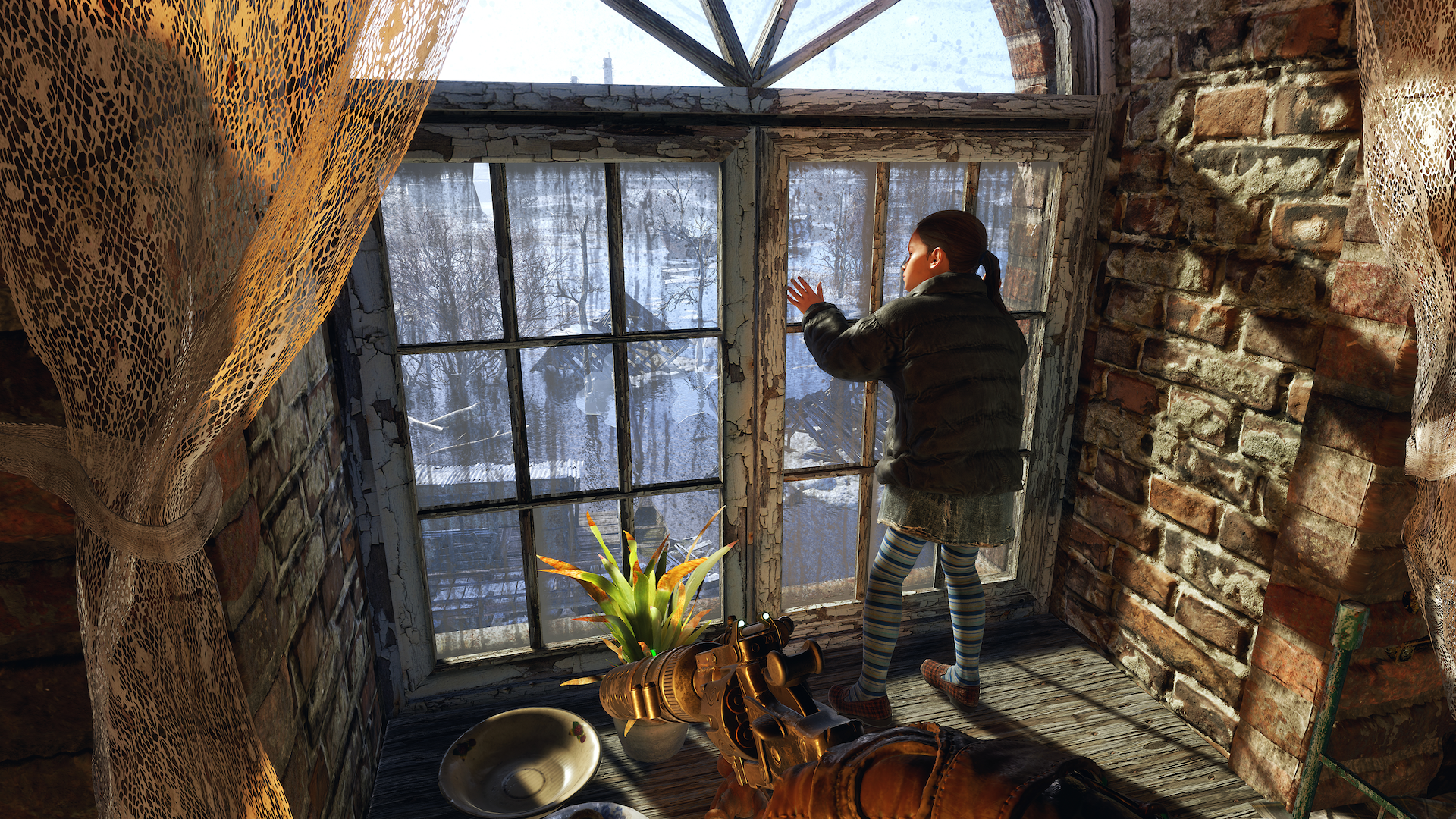 The next step is to choose a monthly or yearly subscription, and then enter your payment information. You can cancel anytime during the trial period. To subscribe at our regular subscription rate, click the button below. To manage your subscription, visit your Bible Gateway account settings. Upgrade, and get the most out of your new account.